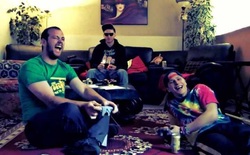 Just a few kids living their dream.
This page is dedicated to the Stay Wasted Crew who are trying to explode from their roots because it’s what they want; living your dream is what everyone wants to do but who actually does anything about it? Building your dream from the dirt is what I respect the most from people because it’s what they want and not giving a shit what other people think. The people who deserve a helping hand with their success should be known for it for more people see and realize you can be who you want to be no matter who you are. When life gives you lemons you make lemonade not to let them mold in the sun. Here are people who deserve a shout out for everyone to hear. 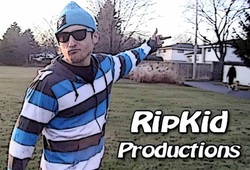 When Screaming fuck the world feels so right.
RipKid Productions: Myself and RipKid started off our shenanigans no better way than creating the first Stay Wasted video! Without the help of RipKid, not only the help of his intelligence and brains around the camera, but that night I was confronted by Jordan Ninj about taking shots of Everclear to start off our shit show. In my reply I was not in the liver-quenching desire to knock down those shots but RipKid finds his way to get what he wants!

RipKid: “Come on man I will put it on Stay Wasted!”

Fuck, now I have to do it! The night carried on and four and a half shots later I am puking my life out! But there’s a lot more to RipKid than convincing, his eye and vision can turn anything into an inspiration. The human brain works in many great ways but if you train it in the way you want then you’re on the right road. Having the right mind set is key and RipKid is building up his production in every way he can; either filming his own short films, filming my own Stay Wasted videos, filming music videos, or anything the human eye could please. If you are one which can relate to RipKid or would like something filmed RipKid loves handing out helping hands for all.

For further information about filming your videos in anyway contact him via fan page:
http://www.facebook.com/RipKidProductions 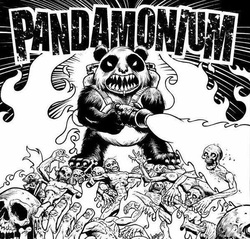 Blowing people away with one bass at a time.
PANDAMONIUM: Our friendship started off with 100% respect from each other which is always the best way! Before we met or even talked over social media I've heard of PANDAMONIUM through friends but never actually knew who he was until we started talking on Facebook; PANDAMONIUM was telling me how he respects the fact that I am doing what I want even though the haters love saying their opinions out loud but just as PANDAMONIUM all you can say is fuck everyone and do what keeps you happy. A hobby is a hobby regardless if its writing about getting shit faced or putting a couple beats together making a mind grinding shit show that makes you feel like you are on Ecstasy without even taking it. Honestly from the beginning I knew PANDAMONIUM was throwing down beats but as a local dubstep DJ how good can he be? I've asked people if he is GOOD GOOD or just pretty straight and they said he threw down pretty hard! After seeing a few shows, not only did the bass blow me away but the dedication and passion he has for dubstep is inspiring and I can see big things happening for him. The next big thing coming our way is a big Stay Wasted RipKid Productions and PANDAMONIUM collaboration taking over the surrounding areas! If you are throwing a party or if you own a bar I highly recommend contacting PANDAMONIUM for a great show you won’t forget!

For further information you may contact PANDAMONIUM via his fan page:
http://www.facebook.com/IMTHEREALPANDAMONIUM 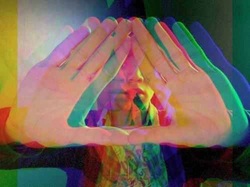 Young, Wild, & Free.
Earthsteppa: This lad right here is proving to me that the little things you do at home from passion and dedication can go many places and just envisioning his future I can see some great things coming his way. Earthsteppa and I know each other by name and may have passed paths once or twice but what got me talking to this kid was when he put his dubstep fan page on my Facebook wall. After listening to a few tracks and being amazed from every drop I heard I was highly impressed from what someone can do with a little spare time on their hands. Earthsteppa’s mind set and goal is pure dedication for achieving what he wants in his future and simply only doing it because it’s what he loves to do. From head bobbing to whomping out hard as fuck in my living room I can see Earthsteppa getting to where he needs/wants to be and that is on the same level as Bassnectar by the time he is 21. If you are throwing a bad ass party or if you own a bar and need a DJ I suggest and highly recommend contacting Earthsteppa to thrown down mad tracks and blow out hard ass bass!

For further information you may contact Earthsteppa via his fan page:

Taking the little things with a little comedy.
Eric Plancon: This is one of the lads you look at and get a chuckle out of and when you hang out and have a few beers with him it’s always a great time; this creative lad and I go back a few years at a random party where he was rocking the beer in hand and no T-shirt! Well Jesus Christ, if I never thought that was the best outfit not only on myself, I think I found myself a match! Eric and I have had our drunken nights out and about but what made us come that much closer was a common hobby of ours. Eric and I enjoying filming, writing, and directing short films, skits, etc. but Eric actually knows what he is doing when it comes to it! I am just a lad doing whatever I can while I can and enjoying every little bit! About a year ago I had an audition for the upcoming Adam Sandler movie “That’s My Boy” and Eric messaged me since we have these similar interests. From there we talked a little more here and there until he told me he was filming a short film project for college! I told him that I was very interested in acting in it and he said he would like for me to audition for it! Before my audition, Eric seen a few short episodes of “The Pointe” on my website and liked what he seen and said I he wanted one of his characters to be just like that! I was excited and was ready to start learning the script! But over time, apparently he couldn’t get a hold of me and replaced me with another actor, sad enough but it happens. Now that Eric is reaching for the stars in his Film Making career I can see him zooming up the ladder of success with his creative, clever, and very funny personality helping him with every step! If you or anyone have any great short film, skit, and/or internet episodes in mind don’t be shy for Eric to turn your thoughts a reality!

For any further information you may check out Eric’s YouTube channel: 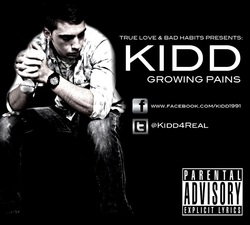 "Don't Ever Give Up...Keep On Tryin'"- KiDD
KiDD: This fine rap artist is playing leap frog with his goals because he won’t stop until he is satisfied. I met KiDD through a few of us respected kids that found our passion and want to continue with it into a career. As I always say, I respect people that actually go through with their day dreams, people that turn a twisted dream into a successful reality. Time is key and that’s all we have until the clock stops ticking. We are all young and time is what we have the most, along with our selected few committed friends who won’t leave our side. Quitters never win and winners think logically: “I haven’t failed…I’ve just found 10,000 ways that won’t work.” –Thomas Edison.

For further information for booking information, etc. you may contact him in the following:

You can't spell download without Dwolo.
Dwolo: Dwolo is a rap artist that wont give up until he reaches his goal. No matter how many speed bumps anybody encounters, there is always a parking spot. I first met Dwolo many years ago either bullshitting in high school or drinking in at my house. As the years flew by, we all end up doing our own thang; even if it was writing about getting drunk as a German hooker skunk or writing lyrics for rap shows. I give Dwolo a lot of respect for not only all of the effort he puts into his work but the consistency of making it happen. It’s one thing to get up and do it but spreading the word around and handing out CD’s for people to listen to his work to takes commitment and only best make it because of their commitment. As anyone else should know with a dream, its not only the amount of support that keeps you going, but all of the negativity your brush off your shoulder to keep on going. With the two combine, the sky is only the limit. Dwolo is a great guy to have perform at your party of bar/club. For further information about Dwolo, you can find him at the following links: